Dundee is a leading shopping destination and north east Scotland’s key centre for retail, with a complementary mix of national chains and independent retailers. Dundee has a compact city centre comprised of 569 retail units, generating a footfall of 185,000/week and a total annual spend of £664m.

Dundee has access to 90% of Scotland's population within a 90 minute drive-time. There are more than 40,000 students – giving Dundee one of the highest ratios of student to resident ratios in the UK, and with over 75 nationalities represented, the city is internationally diverse.

The city is also home to two shopping centres, The Overgate – anchored by Debenhams and Europe’s only single sided mall – and The Wellgate, a value shopping centre which houses the city’s library. For further details on each centre and their retail offer visit www.overgate.co.uk and www.wellgatedundee.co.uk. 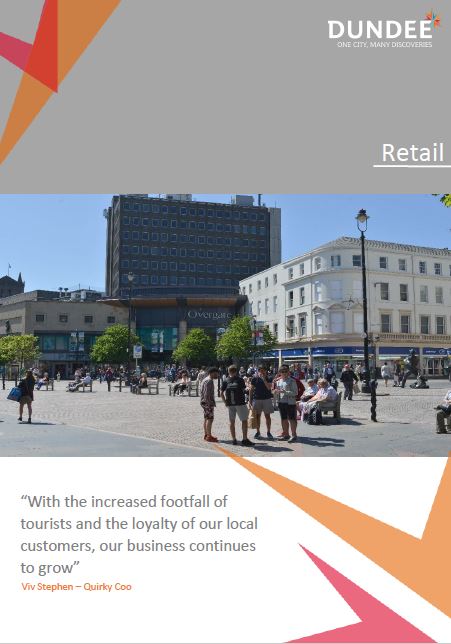